The head of Turnagain Arm features many bird-themed names along its northern shore, and penguins are apparently guests among the represented native species such as Ravens and Eagles. Penguin Ridge, an unbroken wall rising over 3000 feet from tidewater and stretching 17 miles parallel to the shore, is a unique landmark in Cook Inlet compared to most ridges which extend perpendicularly away from the beach. That wall hides Penguin Creek, a tributary of Bird Creek, from most vantage points. The Dena’ina names for both the ridge and the creek are currently unknown but would have been prominent landmarks along a documented Dena’ina trail up Bird Creek, known by its indigenous name Esbaytnu or ‘Goat Creek.’[1]

It’s not yet completely clear which individual named Penguin Creek, but the name almost certainly was hatched in late spring, 1896 (the ridge and peaks along it received their penguin-themed names much later, in the 1960s). At the time, prospectors regulated themselves through several self-organized mining districts with overlapping territories.On May 5th, 1896, a William McEntire staked the Lonestar Claim and filed his claim with the Sunrise Mining District Recorder, stating that it was “situated on the right hand branch of Bird Creek and about two miles from the mouth of said creek on the north side of Turnagain Arm.”[2] It was often the case that a new prospector to the district would not be aware of a creek name, but the District Recorder who filed McEntire's claim was Sam Mills, a very popular and well-informed prospector who was the namesake of Mills Creek and namer of Sixmile Creek. A lack of clarification by a recorder such as Mills, whose job it was to monitor all activity in the region, is a strong indication that this waterway lacked a commonly-known name up until that point.

The very next day on May 6th, a flock of ‘Penguins’ appeared. The order they were recorded in only reflects who first returned to Hope and filed their claims with Deputy Recorder W.H. Johnson of the Turnagain Arm Mining District, not who first suggested the venture or uttered the new name. The first on record were Frederick A. Richardson, who staked the Rainier Claim, and William H. Gleason, who staked the Compromise Claim.[3] Both men referenced each other’s claims in consecutive pages, listed James O. Buzard as a witness, and located their claims on “Penguin Creek, the same being the lower east branch of Bird Creek.” In the next few weeks Johnson recorded more claims which had also been staked on May 6th. These included The ‘Commodore Mine,’ staked by Martin Chester[4] and, the ‘Highland Chief,’ ‘Ruby,’ ‘Effie,’ and ‘Kalisful’* claims shared by Harry Auckland, Nathan P. White, V.H. Mumbine*, and James Buzard.[5] Chester’s claim was described to be located on “Penguin Creek” without further clarifying information, while the other four prospectors clarified that their claims were on “Penguin Creek (which is the right hand fork of Bird Creek).” At least a few other prospectors were likely present too, as none of the Turnagain Arm Mining District claimants reference McEntire, and Chester’s claim references a ‘Calico Claim’ by an unnamed prospector also on Penguin Creek. The record for the Calico Claim could not immediately be found.

The word ‘penguin’ itself also has an uncertain origin, and is thought to come either from Welsh (pen gwyn, ‘white head’) or Latin (pinguis, ‘fat’).[6] The birds have always been noteworthy and cherished creatures and were at the forefront of popular consciousness in the 1890s with the dawning age of Antarctic exploration, beginning with the first landing by January 24th, 1895 by Leonard Kristensen and the crew of the Antarctic and culminating with Roald Amundsen reaching the South Pole on December 14th, 1911. The same exploratory activity resulted in the first penguins appearing in American zoos,[7][8] and audiences have been captivated ever since. It turns out that penguins, however, have been known to the western world for much longer than that. Thanks to African Blackfoot penguins in southwest Africa, the likely first European sightings were by Portuguese explorers reaching the Cape of Good Hope during the voyages of Bartholomeu Diaz in 1488 or Vasco da Gama in 1497. A da Gama crew member, Alvero Vello, was the first known European to record sighting – “…birds as big as ducks, but they cannot fly and bray like donkeys.”[9][10]

No explanation is offered for why ‘Penguin’ was chosen, and that will likely never be fathomed unless it was written down somewhere yet to be discovered. However, one intriguing possibility was noted by the Englishman Colonel Claude Cain, writing about a 1902 hunting trip ending with a stay in Seldovia waiting for the steamer Tonquin alongside prospectors from Sunrise and Hope. Cain described the “good number” of birds including “murres, which are known locally as penguins.”[11] A glance at a photo of the Common Murre (Uria aalge), which ranges across the entire Northern Hemisphere, is enough to understand the resemblance. It would make a certain amount of sense if the creek named five years prior had been inspired by local slang for a native bird, analogous to Silvertip Creek, rather than the actual penguins occupying icy coasts on the opposite side of the world.

Some piece of the puzzle must still be missing, though, because the prospectors would not typically have seen murres in the vicinity of Penguin Creek. Even before construction of the railroad and highway, when more cliffs and less human traffic would have provided better habitat, its shallow muddy waters mean that “Turnagain Arm of Cook Inlet is unimportant for seabirds”[12] whether those are flightless southerners or soaring northerners. Some further fieldwork is clearly needed to fully understand the early life of this Penguin.

* 'Mumbine’ and ‘Kalisful’ may be misinterpreted; the handwriting is unclear. 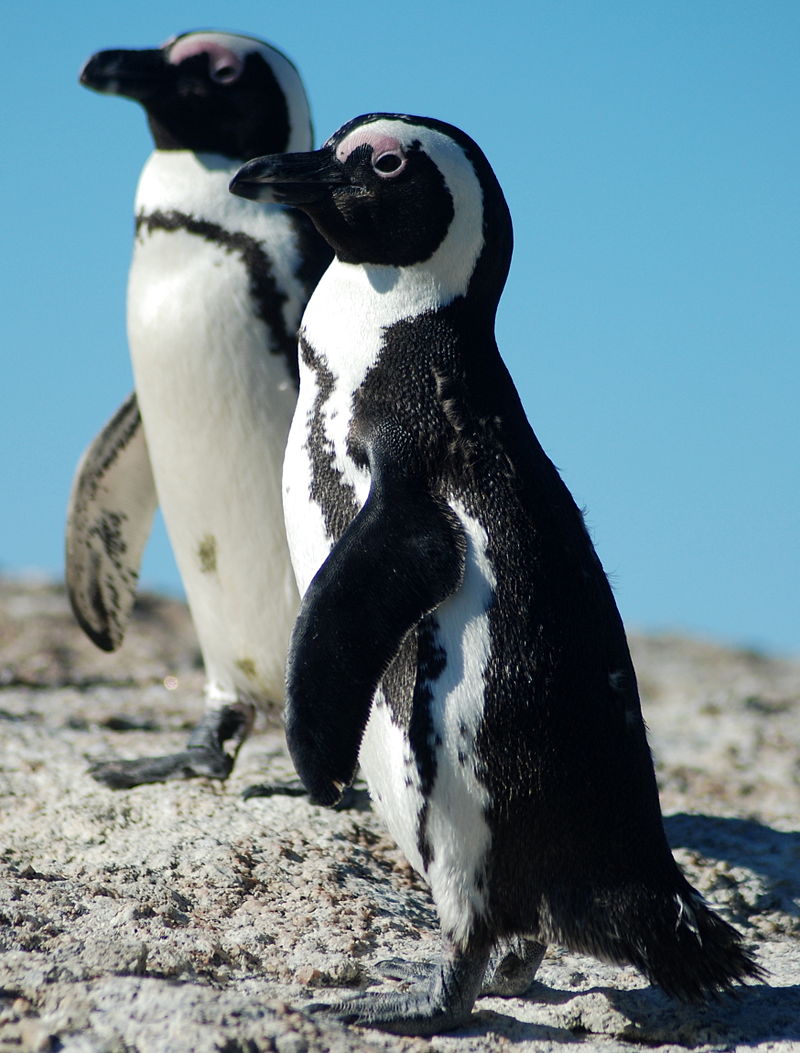 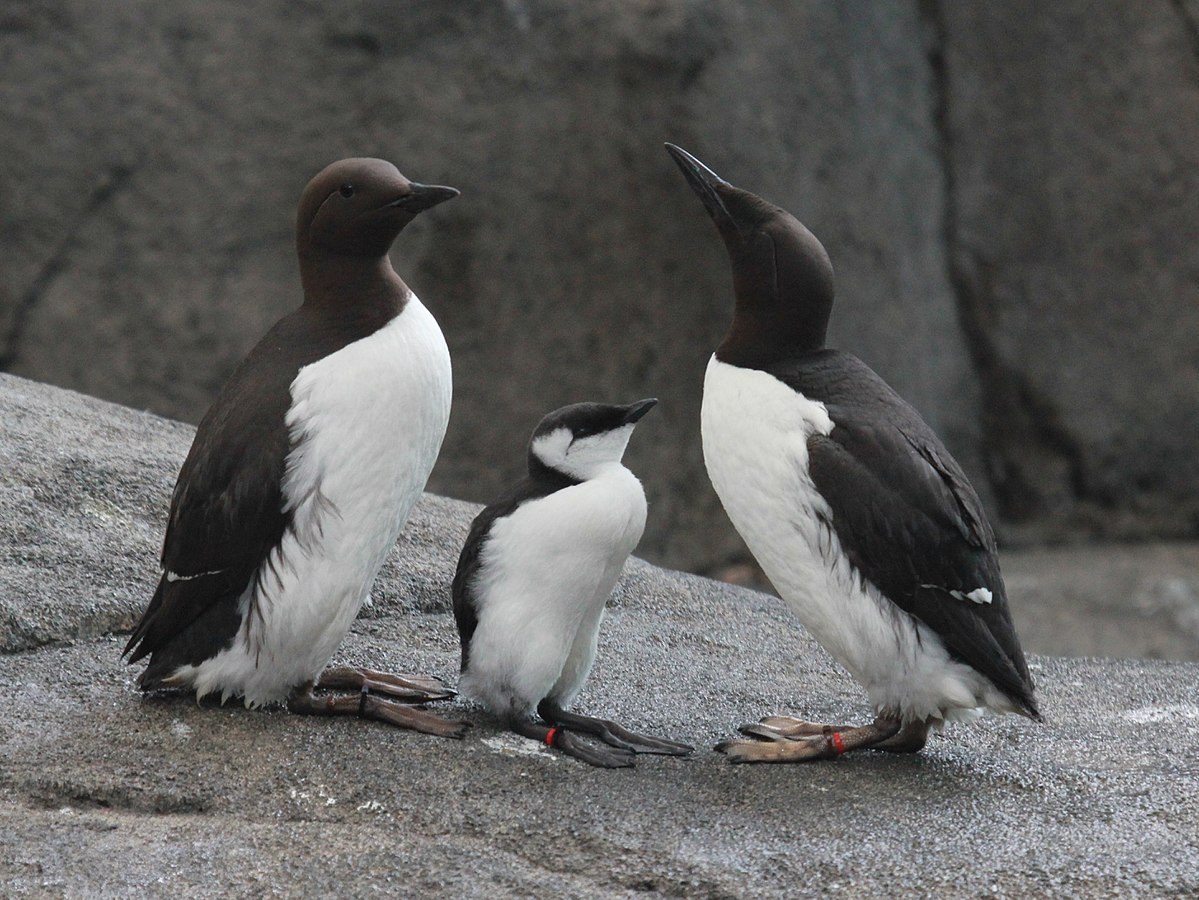