“What's a hurdygurdy?" I asked when I first heard the name, and it was explained to me. In case you didn't know, it's called a 'draai-orgel' in Dutch. The crank-shaped summit ridge gave Hurdygurdy its name" - Grace Hoeman, the Scree, January 1970[1]

Along with being a fun name to say out loud, ‘Hurdygurdy’ was the second of two contributions the young mountaineer Hans van der Laan made to the musical theme of the South Fork of Eagle River before his untimely death in 1971.[2] The first was Flute Peak, and both played along with a musical theme which began when a USGS party named Organ Mountain in 1931.[3] In fact, Grace Hoeman’s remarks make it clear that Hans was actually thinking of a type of instrument more closely related to a pipe organ than the modern definition of a hurdy-gurdy might imply.

Although he translated it ‘hurdygurdy,’ specifying ‘draai-orgel’ meant that the native Dutch speaker actually had a crank organ, also known as a barrel organ, in mind. As opposed to a hurdy-gurdy, which is a hand-cranked string instrument around the size of a guitar, a crank organ is a hand-cranked wind instrument and large enough to typically be built on a cart. A hurdy-gurdy is played by a musician, while a crank organ plays music automatically from paper punch cards or a toothed wooden cylinder, similar to a player piano. In the eighteenth century the word hurdy-gurdy was used interchangeably for both the string and the wind instrument in English, and as a result it still appears as a possible translation of draai-orgel in bilingual dictionaries like the one Hans most likely referred to. 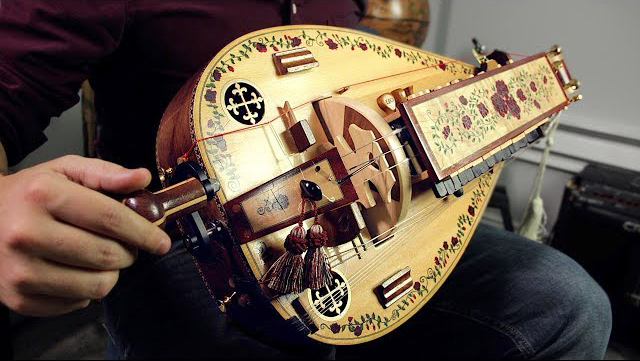 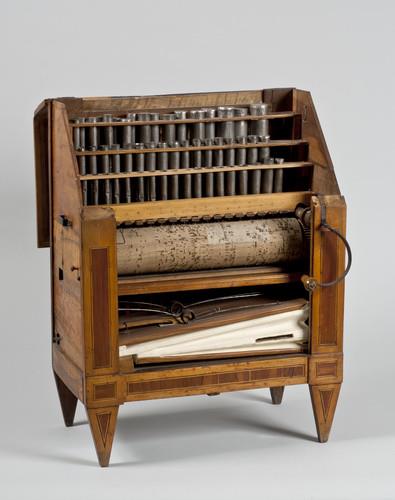 That ambiguity never existed in the Netherlands, where crank organs are a cultural touchstone to such an extent that another English name for the instrument is a Low Countries Organ. They can still be found in many Dutch, Belgian, and German squares and markets, playing the music we strongly associate with circuses, carnivals and boardwalks. Their complexity and size makes them bespoke instruments, and most individual examples have distinctive and elaborate decorations, their own names, and celebrated histories. 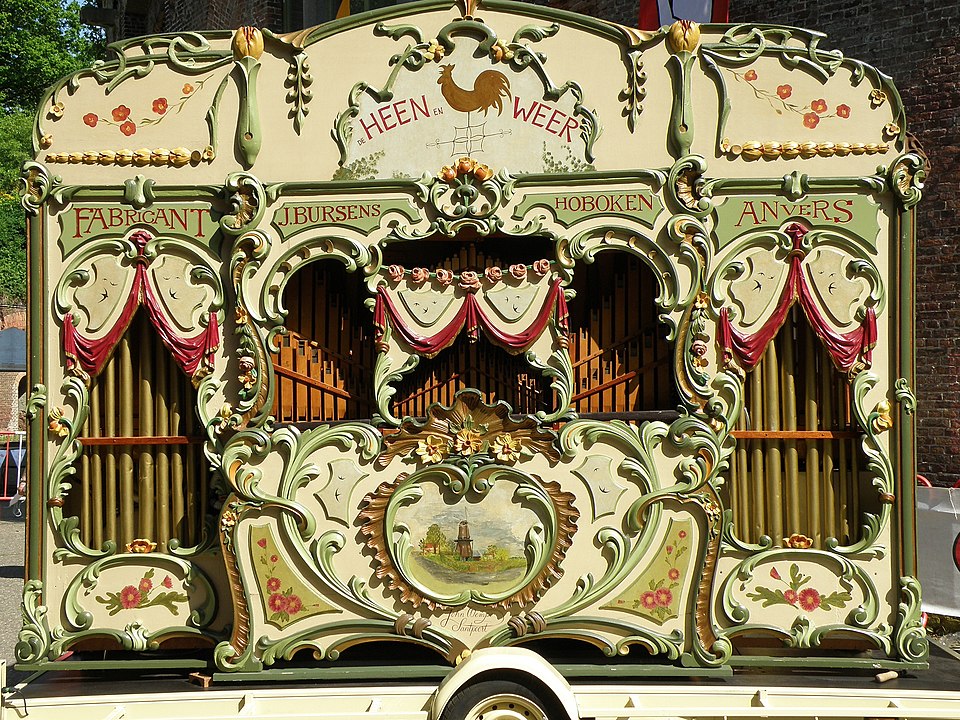 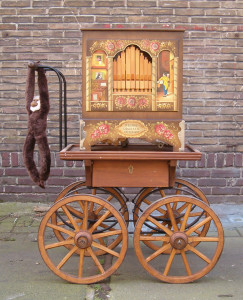 So the intention behind the name is much more of a homage to the original Organ Mountain, and also a tip of the hat to Hans’ Dutch heritage. It may also be an insight into Hans’ own personality: out of all possible instruments, the crank organ is one which Hans, an engineer from an engineering family, might have particularly appreciated. Hans’ mother, Anna van der Laan (née Stoffel), was from a family which designed and built windmills.[4] His father, Henk (or ‘Henry’ in the U.S.), was a mining engineer who helped smuggle industrial designs for tin smelters out of Nazi-occupied Holland in coded personal letters during World War II.[5] The family immigrated to Galveston Texas in 1945, where Henk worked for the Tin Processing Corporation, and made the local news when Anna’s parents gifted them a small working replica of a windmill built by hand at Henk’s alma mater, the Technical University of Delft.[4] The family returned to the Netherlands in 1958 when the Galveston tin smelter was shuttered, but Hans remained in the U.S., completed a masters degree in civil engineering, and moved to Alaska in 1963 where he worked as a structural engineer.[2] Aside from the cultural connection, it seems likely that Hans would have truly appreciated an interesting piece of musical gadgetry.

Of course, even if something was lost in translation, ‘Hurdygurdy Mountain’ is a much more delightful name than ‘Crank Organ Mountain.’ Fortunately no corrections are needed; it’s enough to know which instrument had put a spring in the step of an outdoorsman who found his way from the Netherlands and coastal Texas to the mountains of Alaska.

With gratitude to John Magee for his memories of the van der Laan family, and to Jim Kendros (www.jimkendrosmusic.com) for information on hurdy-gurdies.

Dutch Barrel Organ Culture in the Netherlands (article on dutchreview.com).