A Small Gallery of Notable Records 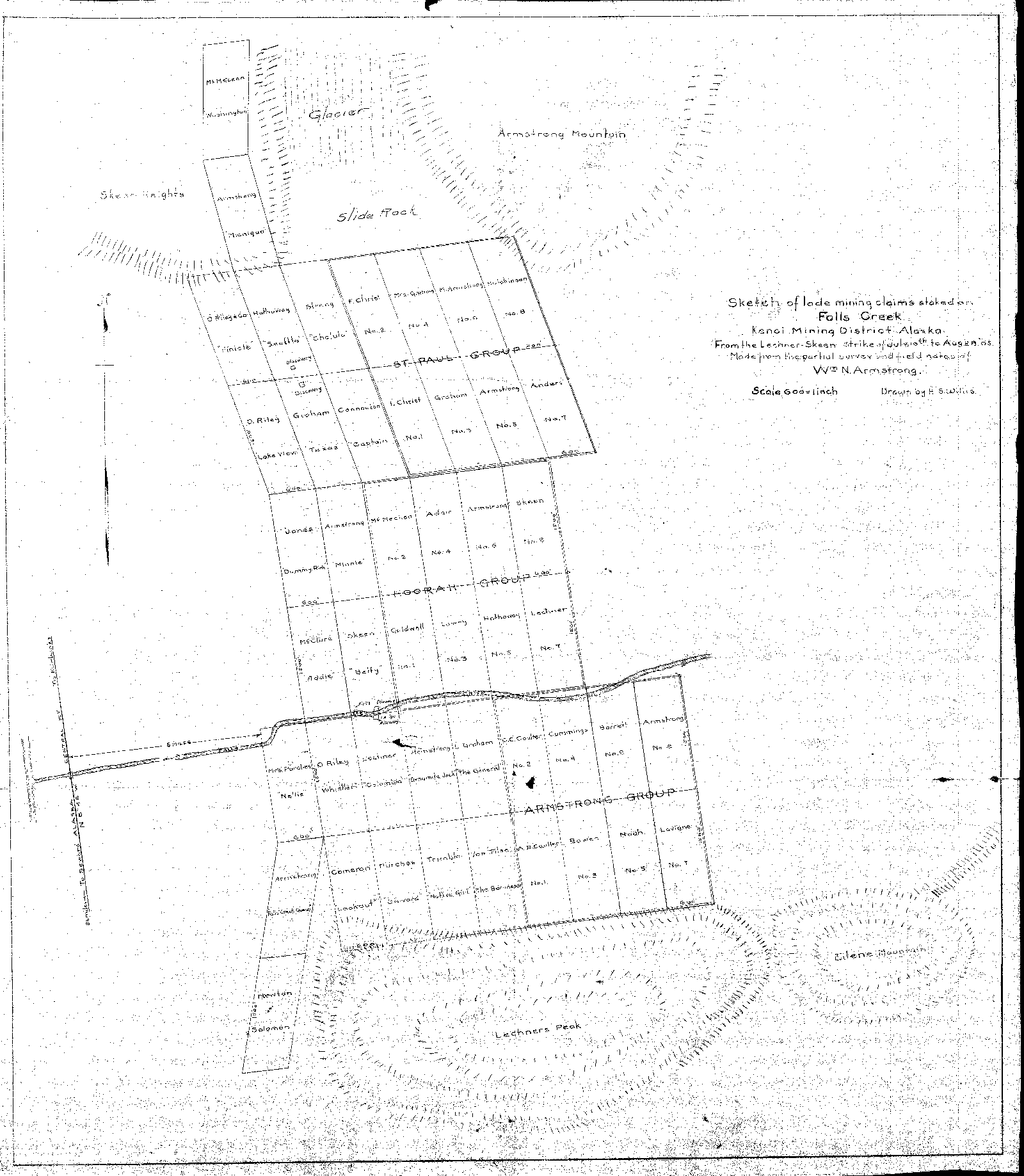 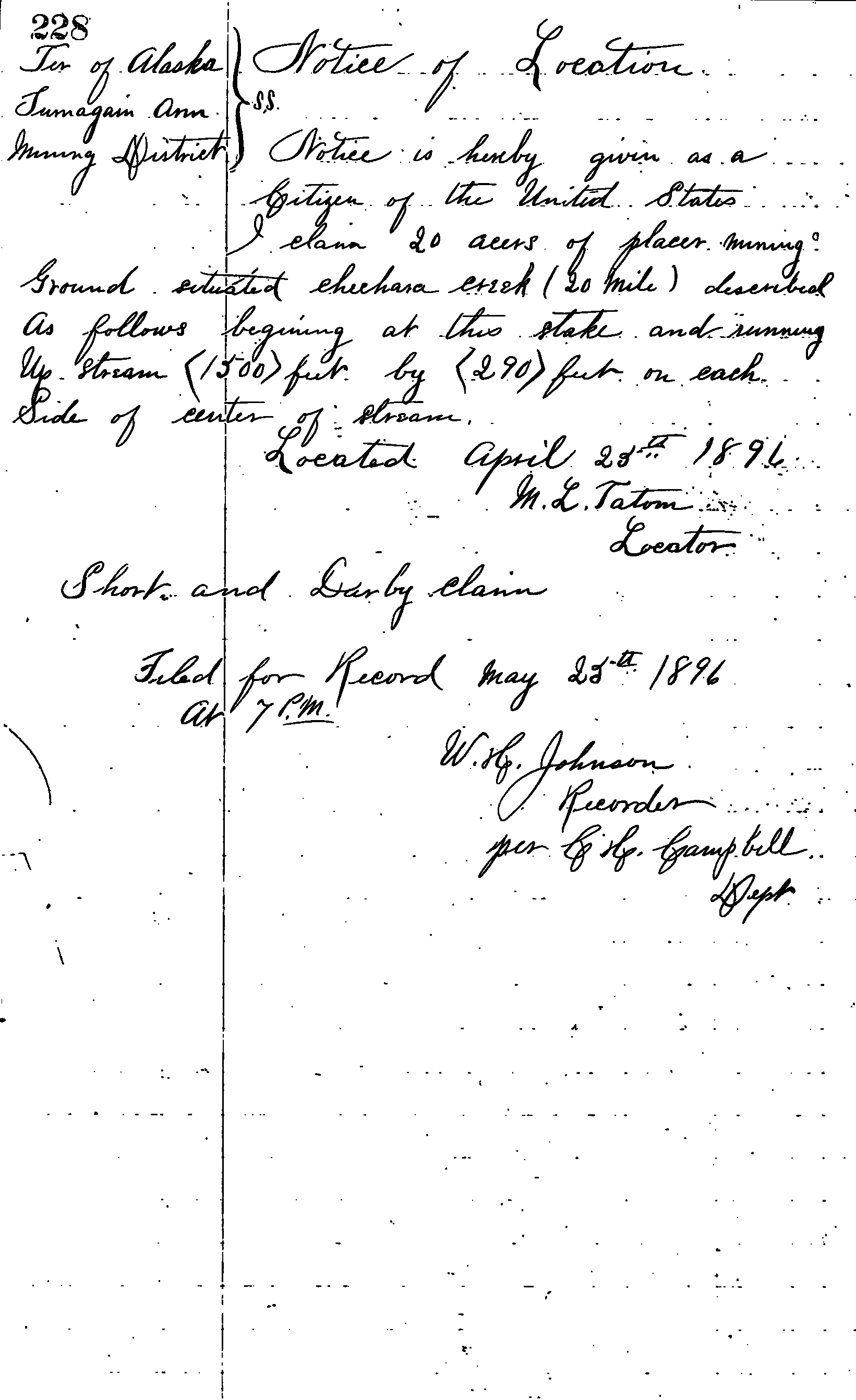 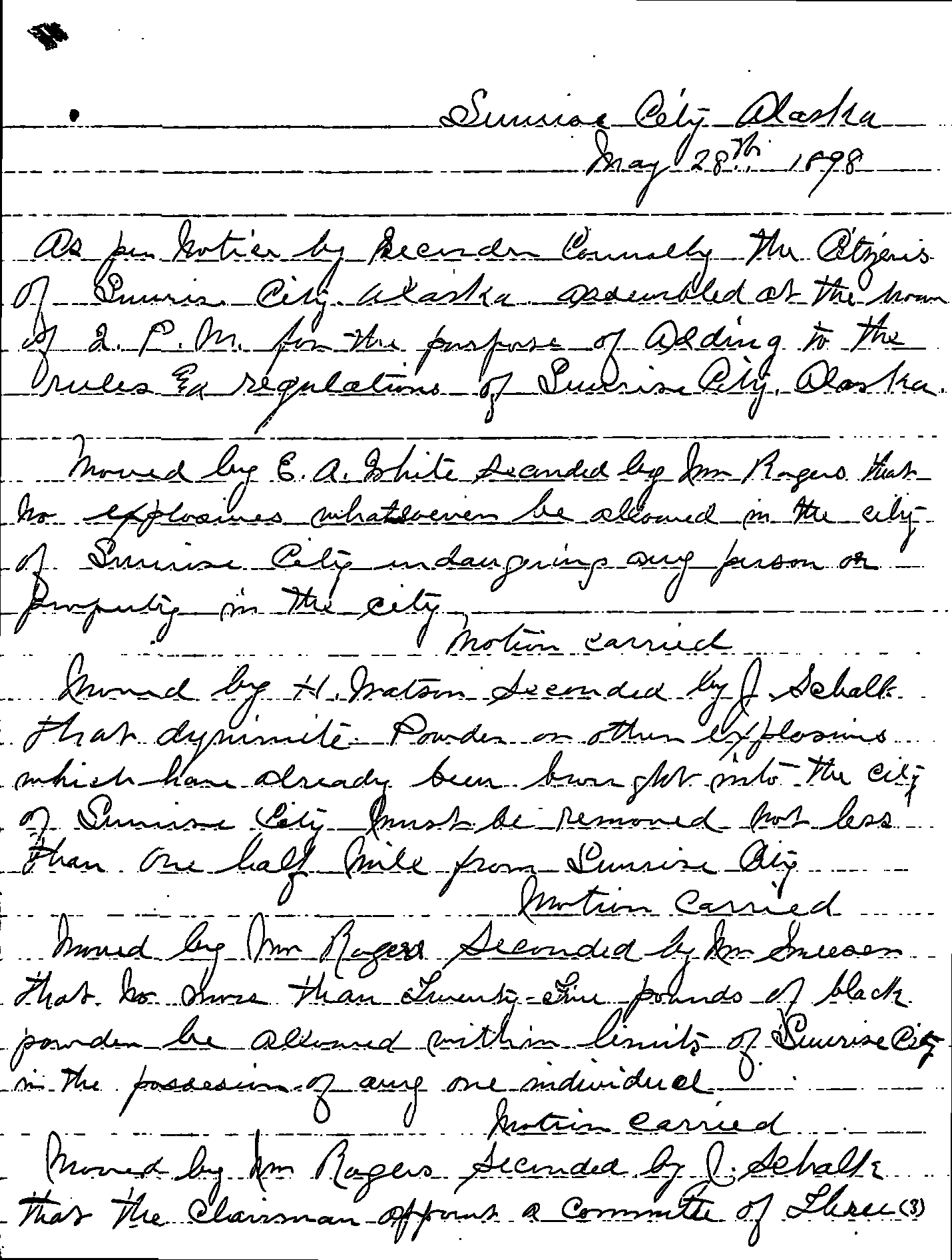 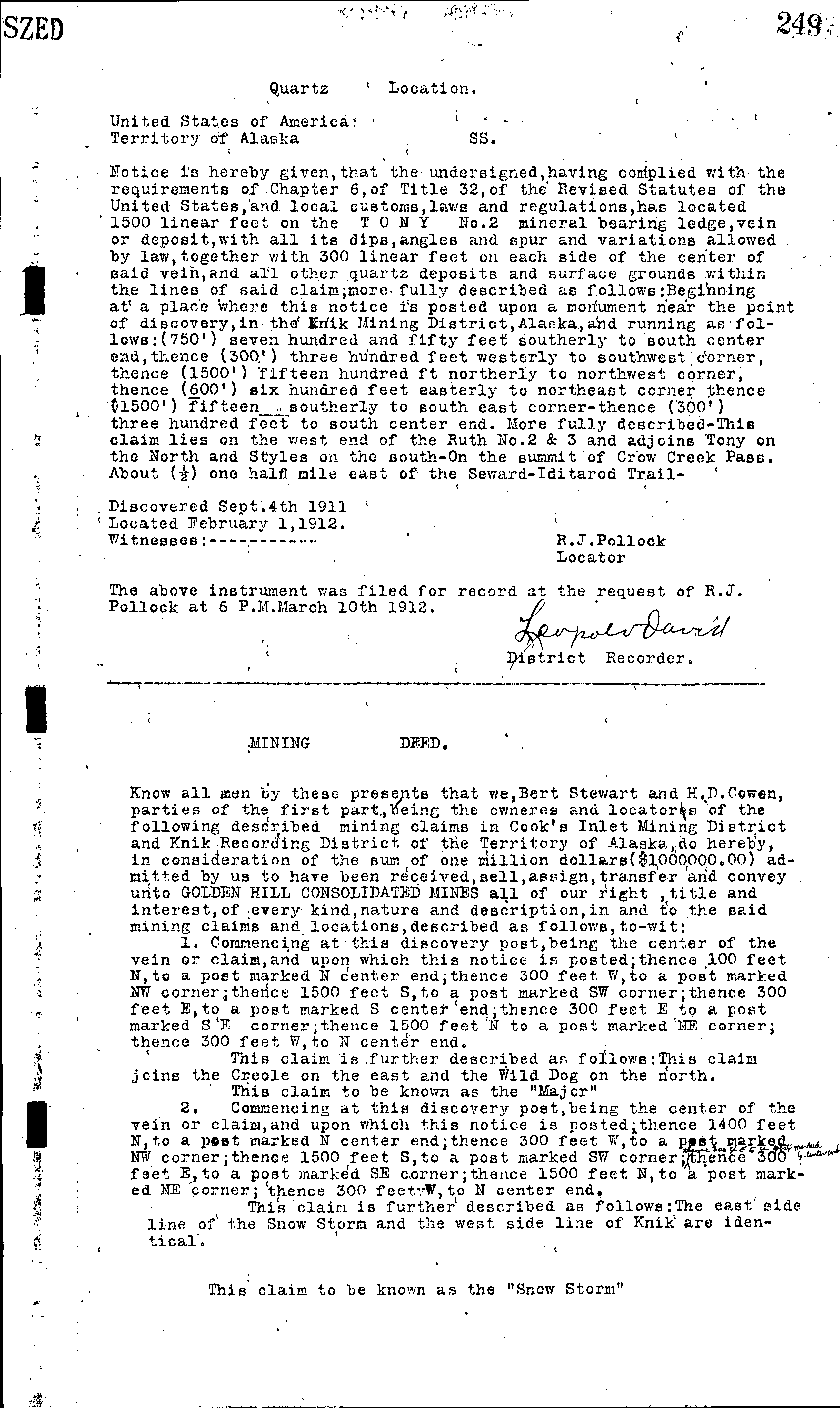 The overarching goal of the Choss Lore project is to research the stories behind geographic place names in southcentral Alaska and to publish them in an online digital atlas. For it and any other historical research, primary source documents are critical. Access to a rich and seemingly underutilized repository of primary source documents covering the full span of U.S. governance of Alaska is cause for excitement.

From 1884 to 1914 Alaska was administered as a Federal District. On June 6, 1900, the US Congress passed ‘An Act Making further provision for a civil government for Alaska,' which established three Division Courts: one based in Juneau which also served Skagway, one based in Saint Michael on the south shore of Norton Sound 125 miles from Nome, and one based in Eagle City on the Yukon River near the Canadian border 200 miles east of Fairbanks. District Judges in each Division were empowered to further appoint clerks and Commissioners for sub-Divisional Precincts. These Commissioners were tasked by the Act to be “ex officio justices of the peace, recorders, and probate judges, [instructed to] perform all the duties and exercise all the powers, civil and criminal, imposed or conferred on the United States commissioners by the general laws of the United States and the special laws applicable to the district.” To supplement this sparse government, miners and other communities incorporated their own recording districts to administer business and settle disputes. These systems expanded with Alaska’s population but broadly continued during Alaska’s Territorial days prior to Statehood from 1914 to 1959.

As a result the books kept by official Commissioners and Recorders, and by the secretaries of these ad-hoc districts, are definitive records of land claims, commercial and legal matters, births, deaths, and marriages, and a host of other key events.

Starting in 2004, the DNR began to collect and scan all surviving books, and to make them publicly available at http://dnr.alaska.gov/ssd/recoff/search/histbookmenu. The project is currently considered complete, with the constraint is that all scans are images and must be read page by page. When the researcher is fortunate, the original recorder had access to a typewriter. In less fortunate cases, the handwriting is atrocious. Regardless of the fundamental legibility of the original documents, the DNR archivist team deserves a great amount of credit for their successes in recovering books from all corners of the state and the quality of scans produced.

A major goal of the Choss Lore project is to index all of the historic books which cover the project’s region of interest between the Susitna and Copper Rivers and incorporate the records into a database of cross-referenced geographic features, people, and source material.

To date, the Choss Lore project has indexed over 3,000 mining claims and hundreds of other records into a private database which may be made available in the future. Mining claim records are a focus for Choss Lore because prospectors were frequently the first English-speakers to explore southcentral Alaska, had financial motivation to keep comprehensive records, and are the origin of many geographic names.

Some early notable achievements of this indexing project are:

Further potential uses for this record collection include analysis of: